Sales tax is in the news daily lately. This Q&A blog post will answer the top questions e-retailers are asking when it comes to sales tax. By Jennifer Dunn February 19, 2018 Jennifer Dunn is Chief of Content at TaxJar, the service that makes sales tax reporting and filing simple for more than 10,000 online sellers.

Sales tax is in the news daily lately. With countless state laws, federal laws, and court cases in the mix, many online sellers don’t know which way is up. This blog post will answer the top questions e-retailers are asking when it comes to sales tax.

1. The Supreme Court will hear an internet sales tax case in the spring. What does that mean for my business?

The trouble is that the case was decided in 1992 back before the rise of eCommerce. These days, states claim that they are losing out on billions in sales tax dollars because out-of-state retailers are not required to collect sales tax from in-state buyers. This is where the South Dakota v. Wayfair case could make all the difference in favor of states.

South Dakota contends that online sellers who make sales in the state should collect sales tax. If the Supreme Court decision lands in favor of South Dakota, this will mean that states can require any online seller who makes sales to buyers in their state to collect sales tax. This would add a significant sales tax compliance burden for online businesses who might find themselves collecting sales tax in states where they did not have to collect before.

This process would not happen overnight and not all online sellers would suffer. I theorize that states would pass “economic nexus” laws similar to South Dakota’s (and many already have), though with differing criteria for when online sellers are required to collect sales tax. For example, an aggressive state might pass a law stating that any seller who makes more than $10,000 in gross sales in the state is required to collect sales tax from all buyers in that state (both Pennsylvania and Washington have already passed laws with that low threshold). A less aggressive state may set the threshold higher, such as at $250,000 in sales. In this scenario, while smaller online sellers would still be subject to collect sales tax in the states where they have sales tax nexus, they wouldn’t be required to suddenly begin collecting sales tax in all forty-six U.S. states (and D.C.) with a sales tax. Still, this could create an added level of complexity for online businesses.

The Supreme Court will hear arguments in South Dakota v. Wayfair this spring. The Court traditionally announces their rulings in the summer.

2. Amazon, Etsy, and Walmart are now all collecting sales tax on behalf of third party sellers. Why? What does this mean for my business?

The state of Washington passed a “marketplace facilitator law” which went into effect on January 1, 2018. This law deems that marketplaces (like Walmart, Amazon, and Etsy) and not third party marketplace sellers, are responsible for collecting and remitting sales tax to state authorities.

As an online seller, if you have nexus in Washington and were previously collecting and remitting sales tax to Washington state on any of these three platforms, you no longer have to worry about breaking down the sales tax by city, state, and taxing district on your Washington sales tax filing.

On the other hand, according to the Washington Department of Revenue, online sellers with nexus in Washington are still required to file a Washington sales tax return by your due date. However, instead of breaking down the sales tax by city, state, and taxing district on your Washington sales tax filing, you only have to total up the sales tax that the marketplace collected on your behalf and include it as an “Other” line item in the “Deductions” part of your return.

Also, if you have nexus in Washington and make sales on other non-marketplace platforms (such as in person or on a Shopify, Magento, or other store) you are still required to collect sales tax from buyers in Washington and remit it to the state.

3. Amazon recently shared seller information with the Massachusetts Department of Revenue. What’s going on there and what should I do about it?

Many Amazon FBA sellers were in for a shock after receiving a notice from Amazon that their information would be shared with the Massachusetts taxing authorities. Amazon’s decision to share the information came after a Massachusetts judge issued a court order against the company.

The order required Amazon to hand over information on “any Amazon third party sellers who stores, or who has stored, any tangible personal property in any location in Massachusetts that is, or was, owned, or leased by Amazon Retail LLC or any other affiliated entity after January 1, 2012.”

The aim of the court order was to determine which third party sellers that had inventory nexus in the state had not registered and begun collecting sales tax from buyers in the state. To find out what Massachusetts might do next, we held a round table with 3 sales tax experts. Their consensus was that Massachusetts will probably pick a gross sales threshold and send notifications to any sellers who have not registered to collect sales tax from Massachusetts buyers. Right now we are just waiting to see what happens next.

We have more expert advice for sellers who are worried about Massachusetts past due sales tax, penalties, and interest here.

Rhode Island recently notified all Amazon third party sellers who have made sales in Rhode Island that they would be sharing seller contact information with the Rhode Island Department of Revenue.

Instead, this is about Rhode Island’s “notice and report law.” To make a long and convoluted story shorter, Rhode Island passed a law stating that some non-collecting sellers (i.e. sellers who have no nexus in the state and therefore aren’t collecting sales tax) are required to either register for a Rhode Island sales tax permit and start collecting, or send Rhode Island buyers a plethora of notifications and tax forms notifying that the buyer owes Rhode Island use tax on untaxed purchases.

The good news is that only sellers who make more than $100,000 in gross sales in the state in a calendar year (starting with 2017) or who have more than 200 transactions in the state (again, starting in 2017) are required to comply.

Amazon shared the information because under the law they are considered a “retail sales facilitator” and are required by Rhode Island to provide a list of all sellers who use their platform to make sales to Rhode Island customers. Click here for more about what Amazon sharing information with Rhode Island means. Rhode Island also isn’t the only state with notice and report laws, and this will be a potential issue for online sellers to confront as more states pass these types of laws.

5. What is the future of sales tax for online sellers?

The two most common sales tax questions we get are “What’s going to happen with all this sales tax stuff?” and “What should we do?”

First, knowledge is power. It’s important to keep up with sales tax rules and laws, especially as things change so rapidly. For example, many Amazon sellers had no idea that a Rhode Island law could apply to their business until receiving that recent notice from Amazon.

Also, Congress could be the wild card. In the past, Congress vowed to include internet sales tax as part of tax reform. With that being said, keep your eyes peeled for new bills and laws that may begin making their way through the House or the Senate.

Sales tax on online sales is a new frontier. States feel like they are losing out on revenue while online sellers are concerned that the complexity of sales tax compliance will harm their businesses.

We hope that this post has helped demystify the current state of eCommerce sales tax. Stay tuned here and to the TaxJar blog for all the updates on sales tax laws and rulings as they apply to online sellers.

TaxJar is a service that makes sales tax reporting and filing simple for more than 10,000 online sellers.  Try a 30-day-free trial of TaxJar today and eliminate sales tax compliance headaches from your life! 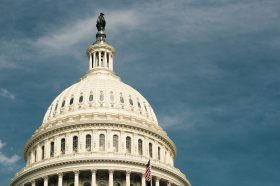 Why will Amazon begin collecting sales tax from Washington buyers? Amazon made this decision in response to Washington’s new “marketplace facilitator law.” While Amazon currently collects sales tax from Amazon.com customers, until now they maintained that they were not responsible for collecting sales tax on behalf of 3rd party sellers. However, Washington’s new law changes the rules and requires some online marketplaces that meet specific criteria to collect sales tax on behalf of buyers who list products for sale.

Unfortunately, neither states nor Amazon itself does a great job of educating sellers about their sales tax liability. As a result, many online sellers are confused and worried about their sales tax liability. And that’s where the upcoming sales tax amnesty can help. If you have not been collecting sales tax in your nexus states, you can apply for amnesty in 15 states (and counting) over the next two months under a program put together by the Multistate Tax Commission (MTC). In this case, “amnesty” means that participating states agree that they will not “look back” at your past sales tax liability and ask you to pay any back sales tax that you may owe. This is in exchange for you agreeing to collect and remit sales tax going forward. The amnesty period takes place from August 17-October 17, 2017. Elevating Your Sales With Amazon A+ and Enhanced Brand Content

Have you tried selling Amazon products using A+ content? If not, then we recommend doing so. Amazon A+ Content and Enhanced Brand Content can increase your conversions by up to 10%.

5 Amazon Fees You Should Know About

Selling on Amazon is not cheap, but there's no question that it can be worth it. Here’s a quick rundown on some of the fees you can expect to pay.