How has the coronavirus crisis impacted your Amazon business? Stay informed of the latest marketplace policies and updates to maintain your account health. By Natalie Taylor March 24, 2020 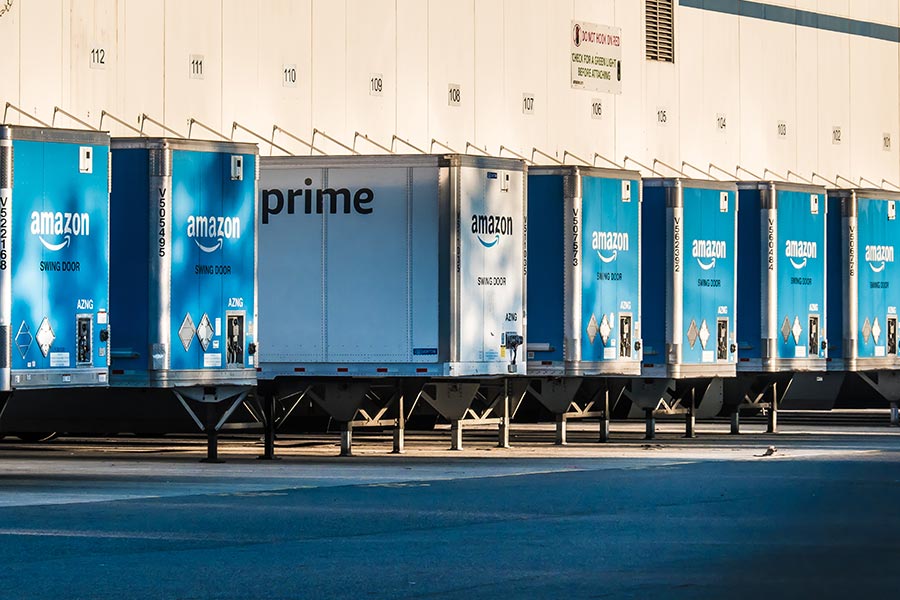 Repercussions of the COVID-19 outbreak have Amazon and its merchants reeling to keep up with inventory shortages, delivery delays, policy updates, and an unprecedented spike in demand for fast shipping on essential items.

According to eMarketer, 27% of U.S. internet users say they have avoided crowded public places, such as shopping malls and supermarkets, over the past two weeks and 58% said they would do so if the coronavirus outbreak worsens in the U.S.

As a result, online shopping is unsurprisingly booming. Amazon searches for health-related items like the hand sanitizer and antibacterial soap have skyrocketed, and consumers are even willing to accept longer delivery timeframes to avoid crowds at physical retail locations.

Yet, while the rise in digital traffic is certainly benefiting some sellers, the surge in demand is only exacerbating the challenges for most merchants. As a brand or seller on Amazon, it is imperative that you stay up to date on the recent policies and limitations to both avoid potential account suspension and ensure the sustainability of your business through the volatile weeks — or months — ahead. Below, we break down the latest Amazon updates related to COVID-19 and their impact on marketplace operations.

Amazon on March 17 suspended shipments of nonessential products to its FBA fulfillment centers for its U.S. and EU markets in response to the substantial spike in orders related to the COVID-19 crisis. The company is now only accepting shipments of inventory in the following categories:

The suspension was initially slated through April 5, 2020 — but was recently extended — and shipment creation for products outside the above categories has been temporarily disabled. According to the company, Amazon determines whether a product is deemed an essential item based on the product’s listing.

As such, the company has also suspended the reclassification of listings to avoid an influx of merchants submitting requests to work around the restriction. However, inventory that has already been received at FBA warehouses will continue to be sold and all shipments created before March 17, 2020, will still be received.

The decision to suspend FBA shipments of nonessential inventory will allow Amazon to better serve consumers in need of items that have been difficult to find on physical shelves, like toilet paper and disinfectant wipes. Yet, the move will certainly be devastating to a vast segment of Amazon merchants — 50% of Amazon sellers utilize FBA as their primary fulfillment method.

If your business has been impacted by the FBA restriction, now is the time to reassess your fulfillment strategy and ramp up your capabilities for FBM or SFP, the latter of which will allow you to sustain your item’s Prime eligibility. If you do not have the capacity to fulfill orders on your own, consider leveraging a third-party logistics (3PL) partnership to avoid a dip in your revenue and sales velocity.

In addition, Amazon offered sellers a series of steps they can take to mitigate the impact of the FBA restriction on their businesses. These include the following:

With more consumers avoiding public spaces, and stockouts of high-demand items rampant across physical stores, shoppers are turning to Amazon for rapid Prime delivery to receive the products they need. However, even with Amazon prioritizing essential items at its FBA fulfillment centers, delivery windows for both essential and nonessential items are backed up through the next month.

Furthermore, Bloomberg reported that the delivery delay has affected tens of millions of products on Amazon, sold by approximately 250,000 merchants who will lose out on more than a month of sales, among other consequences like decreased sales velocity and lost Buy Box share — all of which impact search position and market share.

With nearly half (47%) of brands on Amazon saying they generate at least half of their e-commerce sales from the platform alone, these delivery delays could be devastating to many merchants’ bottom lines.

Interestingly, sellers who are now ramping up their own fulfillment capabilities due to the FBA restriction could be benefiting from the Prime delivery delays. Through FBM or SFP, merchants are in control of their delivery times and inventory levels, and therefore could fulfill orders much faster than Amazon’s current capacity.

Some sellers have even reported that, in an effort to reduce the number of goods shipping from its warehouses, Amazon is reducing the Buy Box share for FBA merchants, giving FBM sellers greater Buy Box share than average. Plus, with heavy Prime delivery delays, consumers may no longer be seeking out the Prime badge on products but rather are looking specifically for the delivery date, which could be sooner for FBM products.

To make good on its Prime promise of free two-day shipping, and to avoid sales losses for affected merchants, Amazon said it is hiring 100,000 new full- and part-time workers across its U.S. fulfillment centers and delivery network to meet the surge in demand. In addition, Amazon is investing over $350 million globally to increase pay by $2 per hour through April across the U.S., Europe, and Canada.

Amazon is also promoting its No-Rush Shipping feature for consumers during check out for products that shoppers do not need immediately. This will allow Amazon to consolidate orders and make fewer stops on delivery routes while also prioritizing delivery of the most urgently needed products first. Capitalizing on the surge in demand, Amazon merchants have been found tripling or even quadrupling their prices of essential items. For example, CNBC reported that, before Amazon ran out of stock, N95 face masks were priced at $13.28, but later found examples of face masks being sold for as much as $195.

Amazon said it is working with state attorneys general to identify and prosecute sellers who are capitalizing on consumers’ health concerns by engaging in price-gouging on the marketplace, according to Reuters. The company has since restricted the type of merchants who can sell health and sanitation items on its platform.

Amazon has also started asking its customers to cooperate with a Department of Justice criminal investigation of third-party sellers, informing those that may have purchased products from sellers who engaged in price-gouging, according to the New York Post.

As of Monday, Amazon has suspended more than 3,900 U.S. seller accounts and has removed more than 530,000 products from its platform over price-gouging. In addition, Amazon says it has taken down “millions” of items that made unsupported claims about their ability to protect and fight against COVID-19.

Amazon in early March deployed a dedicated team that is working 24/7 to detect price gouging on items like protective masks and hand sanitizers and to prevent sellers from evading its automated systems. Typically, the company uses machine-learning technology to compare sellers’ prices to current and historical levels both on and off Amazon.

However, with the slowdown of factory production in China, inventory shortages are rampant across Amazon’s marketplace and some sellers are raising product prices not out of greed but in an effort to conserve their remaining inventory and sustain their search position.

Stockouts can stifle sales velocity and revenue as well as demote your products in search, as Amazon’s A9 ranking algorithm heavily considers each of these factors in determining your product’s search position. However, with higher prices, your sales volume and conversion rate will decrease, which can, in turn, damage your ranking position. Additionally, you can only increase your prices for so long until either the product completely goes out of stock or sales come to a complete halt.

If Amazon deems the price of your product to be egregiously high, you are at risk of not only having your listing removed but also of having your seller account suspended. To avoid these instances, be prepared with documentation of your product’s pricing history and ensure your current prices are aligned with those historical prices.

Brands and sellers on Amazon facing challenges due to the COVID-19 crisis must adjust their business strategy to account for the uncertainty in the months ahead. Consider postponing new product launches, as inventory levels and search rank placement are crucial to the success of a new product launch strategy.

In addition, consider cutting costs where feasible. For instance, some sellers are pulling their digital advertising campaigns, halting new hiring, or putting capital expenditures on hold in an effort to avoid employee layoffs.

Be sure to check Amazon and Feedvisor’s blog for updates on a regular cadence and ensure your product prices and listing information are fair and accurate to avoid account suspension or listing removal. For more information, read our recent post, “How to Protect Your Amazon Business From the Coronavirus Crisis.” 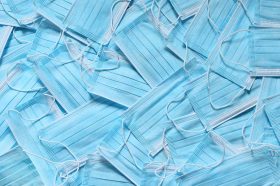 How to Protect Your Amazon Business From COVID-19

As consumer fears of the spreading coronavirus intensify, brands and sellers on Amazon must understand company policies around price gouging and health claims to protect their business. How to Maximize Sales Through Amazon FBA [Webinar Recap]

Amazon FBA touts countless benefits, but fees associated with the program can kill your profit margins. Discover how to leverage FBA to reduce your costs and increase your profitability. Are unauthorized sellers hurting your brand experience on Amazon? In this webinar recap, discover strategies for brands to maximize impact and preserve their value on Amazon’s 3P marketplace. Discover how to leverage PPC ads and SEO tactics on Amazon to enhance your product’s discoverability and increase conversions.