Which items were top sellers during Prime Day 2019? What were the greater trends among the e-commerce industry as a whole? Get a full recap of the global shopping event here. By Catie Grasso July 22, 2019 The Amazon Prime Day series will run throughout the month of July and focus on relevant Prime Day news as well as specific strategies you can implement to effectively navigate the period of time before, during, and after Prime Day.

As one of the critical moments in time for sellers and brands on Amazon worldwide, year in and year out, a massive amount of preparation goes into priming inventory, product detail pages, advertising campaigns, and fulfillment networks to maximize ROI from Prime Day, which for the first time this year spanned two full days.

After the conclusion of day one, Amazon stated that these stakeholders, primarily small and medium businesses (SMBs), saw the most lucrative 24-hour sales day in Amazon’s existence. At the halfway point, millions of Alexa-enabled devices were purchased, with plans from the e-commerce leader to roll out new deals for day two as often as every five minutes. By the conclusion of the event on July 16, Prime members had purchased more than 175 million items in total. In this post, we highlight the most common trends we observed during Prime Day 2019.

Competitor Retailers Wanted a Stake in the Game

Feedvisor research has revealed that a staggering 89% of consumers are likely to purchase from Amazon as opposed to another online retailer. However, according to data from RetailMeNot, more than 300 retailers offered their own deals as of 9 a.m. on July 16, an increase from the saving site’s original forecast of 250 retailers. These retailers and marketplaces aimed to remain in the conversation during Amazon’s event and capitalize on an increase in online sales and traffic volume.

Walmart, for example, offers one-day shipping without a membership fee and eBay and Target hosted their own competitive sales (Crash Day and Deal Days, respectively). Other retailers that hosted their own deals included Costco, Best Buy, Bed Bath & Beyond, and Dick’s Sporting Goods, among others. Although it is likely that these businesses benefited from the two-day holiday, Amazon’s customer loyalty remains at an all-time high, particularly with the introduction of new Prime Day offerings such as one-day shipping and Prime Exclusive Discounts.

Like last year, Prime Day was once against the biggest event in Amazon’s history for its own electronic devices, namely the Echo Dot, Fire TV Stick with Alexa Voice Remote, Fire TV Stick 4K with Alexa Voice Remote, and Echo Show. Interestingly, Amazon’s Ring video doorbell and surveillance products were purchased twice as much as they were last year when comparing the two-day periods. Other top-sellers included smart home devices such as the iRobot Roomba 680 Robot Vacuum and Amazon Smart Plug.

Excluding devices, top-performing items in the U.S. were the Instant Pot, 23andMe health and ancestry kits, and LifeStraw personal water filter. At Whole Foods, Prime members received access to exclusive deals and discounts over the course of the two days, with best-selling Prime Deals on organic strawberries, red cherries, and blueberries.

Additionally, Amazon seemingly placed more emphasis on “Exclusive” products, rather than its own private labels. These items, which are “unique and innovative products from emerging brands,” received a lot of attention this year — the company launched twice the amount of new products on Prime Day this year versus last year.

Notably, Amazon launched pre-orders for products in Lady Gaga’s Haus Laboratories beauty line. By the end of day one of Prime Day, the first Haus product rose to the 58th best-seller position in the Beauty & Personal Care category on Amazon, demonstrating the true capacity for Prime Day to influence and motivate consumer buying behavior. These results may also spark a greater push from Amazon to continue partnering with celebrities on exclusive or semi-exclusive brands.

Partnerships: From Celebrities to Entrepreneurs

For the first time ever, Amazon enabled Prime members to shop on a dedicated page of Prime Day deals from U.S.-based entrepreneurs, artisans, and innovators. Amazon also created partnerships with brands that have been launched by celebrities such as Kristen Bell, Jaden Smith, Jojo Siwa, Marshmello, and others. Moreover, the company tapped into the millennial mindset, securing talent ranging from Taylor Swift to Sza in a live-streamed concert that boasted millions of viewers.

As anticipated, Amazon welcomed more new Prime members on July 15 than any day in its history, and almost as many on July 16, demonstrating how consumers leverage the shopping holiday to join Amazon’s membership program. Whether these highly loyal shoppers were enticed by Amazon’s one-day shipping initiative, the exclusive deals and discounts, or simply Amazon’s vast product selection, Prime Day was once again an explosive success for not only the company, but the sellers and brands who operate on its platform. What Should You Do Once Prime Day Is Over?

Just because Amazon Prime Day is over does not mean your sales momentum should be. Here are several strategies to continue driving conversion post-event. 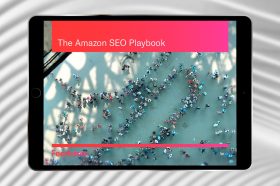 The Reputation Management Playbook: How to Improve Your Feedback, Ratings, and Reviews

Discover ways to optimize your Amazon seller feedback, ratings, and reviews to connect with customers more effectively and maintain a positive seller reputation. How Amazon Sellers and Brands Can Build a Powerful, TOS-Compliant Email List

In this guest post from LandingCube, learn how to build a robust email list and uncover the ways your Amazon operation can benefit from doing so.